On a freezing January morning in Minnesota, Melissa Chelminiak, Director of Aveda Mission Engagement, witnessed a small house sparrow fly into her window and collapse to the ground. Without hesitation, Melissa rushed outside, carefully picked up the bird, and drove to the Minnesota Wildlife Rehabilitation Center (WRC), an intake facility that provides quality medical care and rehabilitation for injured, sick and orphaned wild animals. While in the intake waiting room, Melissa noticed a “volunteers needed” sign. Her life has never been the same since.

“It demanded a yearlong commitment, and I signed up on the spot,” Melissa recalls. “Caring for animals has always come second nature to me, so this was a no brainer. Fast forward to eight months later and the experiences I’ve had run the gamut of exhilarating to heartbreaking to incredibly inspiring; I relish in my Sundays where I get to spend precious time with so many wonderful beings—helping bring them back to health.”

One of many turtles, Melissa has released back into the wild.

As the largest wildlife rehabilitation center in the United States, WRC admits an average of 14,000 animals each year with the aim of returning them home to the wild with a second lease on life.

Melissa spends 10 hours each week volunteering on the Animal Care Crew where she provides for the needs of over 185 different species by cleaning their living quarters, feeding them and monitoring their behavior. This fall, she took on a second weekly shift at the intake desk, serving as the first point of contact for animals in need, and the wonderful human beings who have brought them in for care.

This expertise has even shifted outside of her volunteer shifts. “I have become known as the animal rescuer in my neighborhood. So far I have personally rescued a house swallow, a black-capped chickadee, two eastern grey squirrels, a family of geese, a possum, a broad-winged hawk, a rabbit, and a western painted turtle.”

Melissa says the best part of her WRC job is releasing rehabilitated animals into the wild again. To date, she has returned 36 animals back to their homes- many times driving hours out of her way. The first release Melissa signed up for was a house sparrow— the very same house sparrow that she rescued back in January.

“I know that she came into my life with great purpose, I was able to help her in her time of need, and she introduced me to my passion - caring for animals at WRC.”

A true magnet for all animals, this is Melissa with a new lemur friend in Madagascar on a trip for Aveda she took in 2015.

If you ever find an injured animal, call your local Wildlife Rehabilitation Center. To see some of Melissa’s releases in action, check out her Instagram @melissachelminiak.

Every day Aveda Artists and salons across the world engage in charitable acts of compassion and kindness. Through #BeautyHeals we are celebrating the people behind these stories, and invite you to search this hashtag for these inspiring stories.

If you are an Aveda Artist and have your own volunteering story to share, please do so using #BeautyHeals. By sharing and celebrating these stories we are paving the way for others to also give back— because passion begets passion.

SPREAD THE WORD, BE A PART OF THE CHANGE 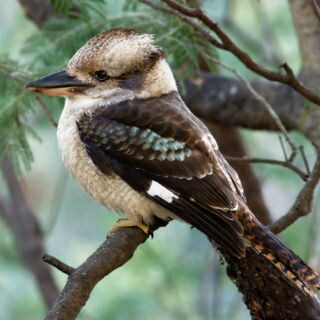 The Strength of Voice 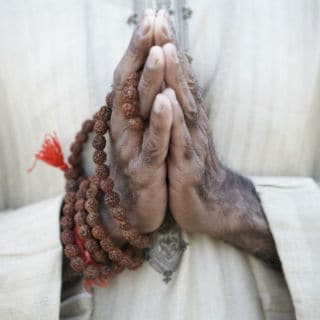 Helping Those Impacted by the Disasters in Texas, Louisiana, and Nepal